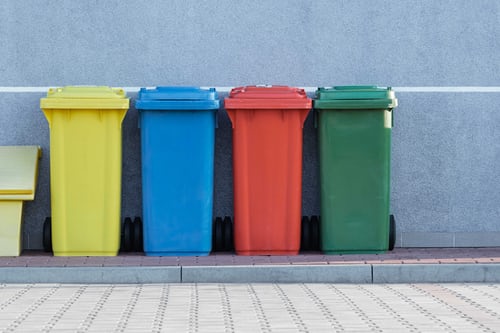 At present, garbage contains some chemicals that may cause people to get sick. If the garbage is buried or stacked directly, and some isolation technology is adopted, the toxic substances may still penetrate into the natural environment. Even if the landfill is far from people's living areas, these harmful substances will affect all living things on earth with the ecological cycle.

Whether it is to bury or stack the garbage, it will occupy a large amount of land resources. And even if the garbage is buried underground, the land will still be polluted, making it difficult for plants to grow on the land and for animals to live here. Some non-degradable garbage, such as plastic garbage, can even be remained in the land for hundreds of years. Through garbage classification, plastic waste bin be concentrated and recycled into resources.

Garbage is produced because people don't make good use of resources. People treat resources they can't use as garbage and throw them away. In fact, this is not only a waste of resources, but also a harm to the natural environment. Therefore, it is necessary to classify garbage before it is discarded, so as to facilitate staff to recycle useful garbage when handling garbage.

How to Choose the Right Trash Bin

At present, bamboo fiber waste bin has become the first choice for many people to buy trash bins. It is not only strong and durable, but also an environmentally friendly product. Unlike plastics, bamboo fibers can degrade in the natural environment and do not pollute the environment. When selecting food bamboo fiber compost bins, try to select several different colors of household recycling indoor compost bins. For example, you can place a green square bamboo food waste bin in the kitchen, use it to store kitchen waste, put a blue reusable bamboo food waste bin in the living room, and use it to store recyclable waste.

It is recommended that you buy the hot selling bamboo fiber waste bin  produced by Greentime company. Greentime is a professional household goods manufacturer whose home kitchen compost waste bin can be used as a composting kitchen waste bin. There are many holes on the lid of the waste bin to facilitate the air to enter the bin, so that the kitchen waste bin be fermented and converted into fertilizer. If you are a flower lover, you must choose this waste bin.